At the beating heart of the metropolis, Queen’s Wharf Brisbane connects the city and its people to many of its greatest assets – none greater than the river. It’s just a stone’s throw from the botanic gardens, the Roma Street Parklands and the Queen Street Mall. It captures views to Mt Cootha and the surrounding ranges and serves as a gateway to stunning Moreton Bay.

The development is uniquely ‘Brisbane’ and will have a great influence on the city’s public realm, ensuring the growing metropolis can take its place on the world stage.

A high-quality public realm – the streets, squares, parks, green spaces and other outdoor places that are available, without charge, for everyone to use – is essential for truly competitive cities. Through its vision, Queen’s Wharf Brisbane dramatically reshapes a significant part of the Queensland capital and seeks to enliven and integrate the public realm.

Weaving a new design language into the fabric of the city

There are so many things happening, combining the heritage elements with the new architecture, we have to use one single language to bring it all together.

The team at Urbis, who were engaged by the Destination Brisbane Consortium bid team in 2013 to successfully win the rights to develop the coveted 12-hectare site, is now proudly leading the master planning and development approval strategy for the project.

For Urbis senior landscape architects Andrew Kyriacou and Mona Koehbach, the experience of designing the public spaces surrounding the new hotel, residential, casino and entertainment precinct, has been about maintaining the intent of the development and integrating it within the fabric of the city.

It is a challenge, as well as a balancing act.

“It’s a matter of balancing the needs between the public and the private, and how you make them complement each other,” says Kyriacou.

“You need to bring the people in, give them enough shaded amenity and programmed activity, and connect all of the elements together to make something more significant than the sum of its parts –  scale and intimacy of the plaza spaces are critical.” 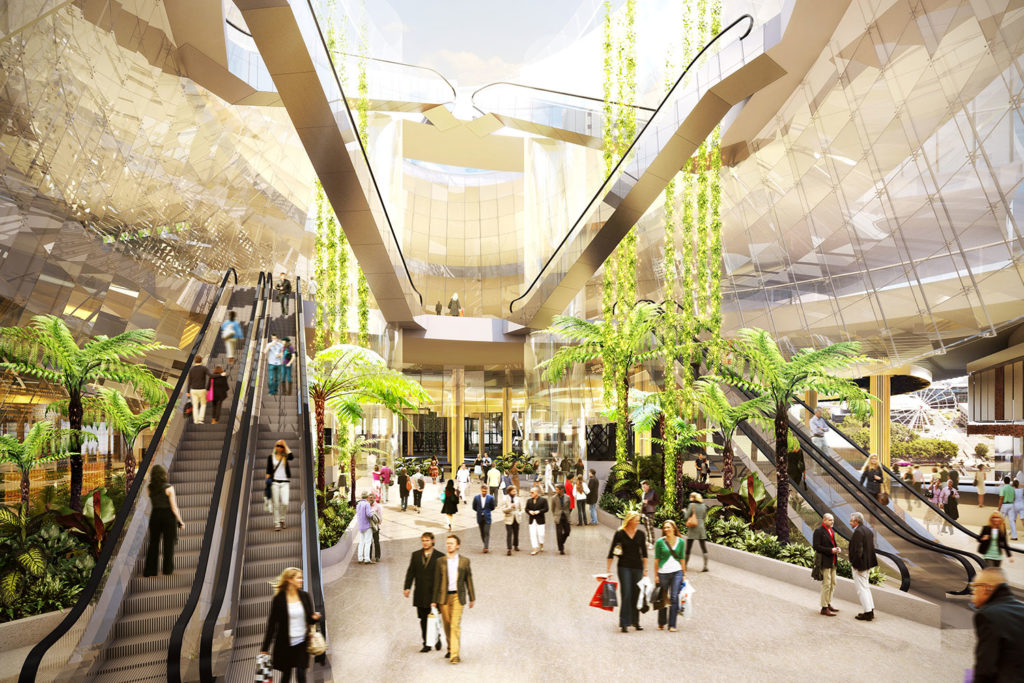 Because Queen’s Wharf Brisbane is such a condensed and eclectic mix of historical buildings from different eras, preserved amongst the new hotels and entertainment complexes, fanning out into numerous large spaces, a new language in design needed to be created to bring coherence to the overall result.

Working with the lead designers, Koehbach believes they’ve managed to choose the right level of consistency and coherence in designing the public realm, focussing on the streets and spaces as the stage for activity and events – a backdrop to the new and old architecture of the precinct.

“There are so many things happening, combining the heritage elements with the new architecture, we have to use one single language to bring it all together.” says Koehbach.

The Ridgeline, for example, is a new public space system located between George and William Streets and comprises a heritage story of Brisbane and encompasses an entirely new way of moving through the city.

The adaptive re-use of buildings and the creation of a series of laneways, courtyards and active urban spaces between these buildings will create an invigorated new public realm linking the Queen Street Mall to the Botanic Gardens.

Throughout the process the team has looked toward Asia for lessons that might be adapted and even improved for the Brisbane context.

As well as the rich veins of opportunity associated with the cultural heritage and European settlement on the site, a third ‘international’ dimension has also influenced design outcomes.

Throughout the process the team has looked toward Asia for lessons that might be adapted and even improved for the Brisbane context.

Koebach explains “Singapore has made no secret of its ambitions to become ‘a city in a garden’. A simple idea executed extremely well has transformed that island nation into one of the most liveable cities in the world, with 42 per cent of the city-state given over to green public space.

“We understand that the key overlay to the public realm in our city is that of climate and landscape – or sub-tropicality,” says Kyriacou.

“The design challenge is interesting because in Australia, a strongly European typology is still preferred and used in creating public realm areas. However, here in Queensland, we’re now trending towards a hybrid, which is lush, sub-tropical greenery but deployed in much more highly urban forms.” 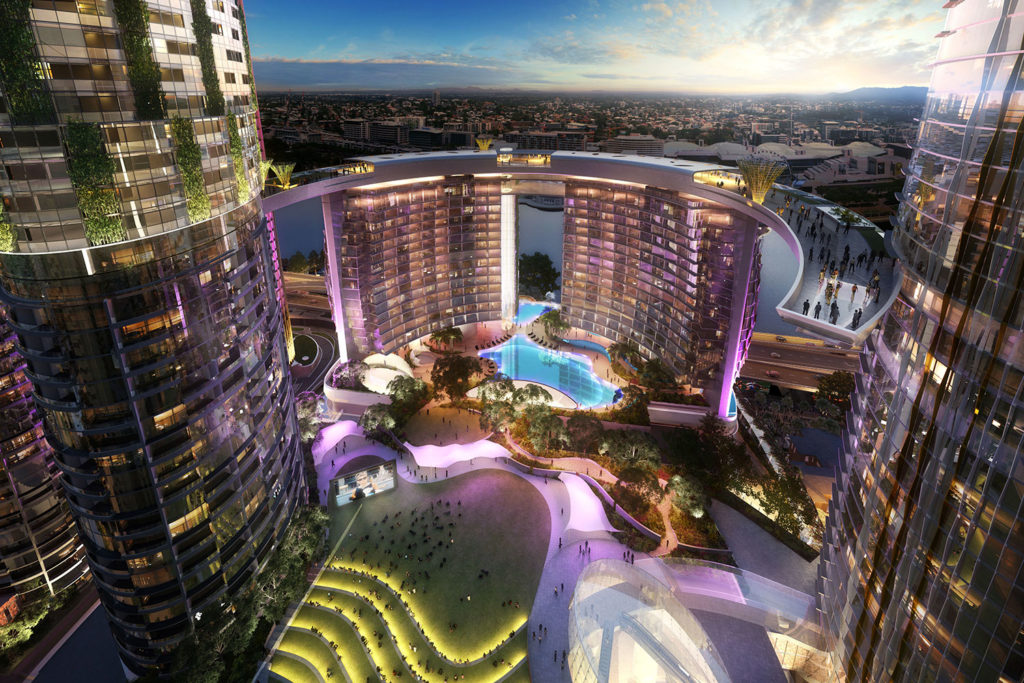 The Urbis landscape architects also note the role of elevated landscapes and gardens in the scheme.

“The idea of a generous and accessible elevated public realm is new for the city – and it’s exciting,” says Kyriacou.

“It’s a much more strongly Asian approach – as the intensity of activity and events on the ground plane increases, experiences such as sky gardens and viewing decks become much more important to accommodate people and to offer totally new views of our great city. So, you elevate the bars and restaurants more and more.”

“It will soon be a catalyst to look up.”

Find out the latest about Queen’s Wharf Brisbane here.

Heritage work begins at Queens Wharf ahead of construction