Population growth and affordability are just some of the factors to influence the rise of owner-occupiers buying into new high-rise apartments in Melbourne and Brisbane, according to leading property analysts at Urbis.

Associate Director of Economics and Market Research Mark Dawson says that figures released in recent reports have been looked at in isolation, and have not been interpreted to fit within the frame of a far bigger picture. In fact, a more holistic analysis of the data released is required.

“The figures have been heavily focused on new dwelling approvals, which is not always a perfect assumption,” Mr Dawson said.

Mr Dawson confirmed that the volume of approved dwellings is greater than the historic annual average in Melbourne.

“This scale and type of development hasn’t been seen before and reflects changes in the way people live, the planning policy framework and capital flows more akin to other major global cities with stable economic and legal structure,” Mr Dawson said.

The increase in supply has enabled population in the city of Melbourne to grow at record rates according to the most recent year of data.  This has coincided with continued price growth according to settled transactions.

Urbis has seen that Melbourne developers are increasingly looking to tap into the owner-occupier market – not just for first home buyers, but also enabling equity release and ageing in place opportunities for downsizing residents.

“The owner-occupier market represents a relatively untapped area for potential growth, when compared to the volume that has been sold to investors in the last two years. There are a number of examples around the city that have successfully targeted owner occupiers have performed well in terms of price point,” Mr Dawson said.

Continued affordability constraints on detached housing naturally present demand for more affordable dwelling types – for both purchasers and renters – in areas that are convenient for employment, education, retail and entertainment, whether by proximity or direct transport connection.

“Even in the CBD, much of the uptick in approvals in the last couple of years has already been sold off the plan, which provides evidence of continued investor willingness to pay and an endorsement of Melbourne as a destination for investment and a place to live, driven by the global brand of Melbourne as the ‘most liveable city’, high ranking education institutions, not to mention the many lifestyle benefits, “ Mr Dawson said.

“Some areas will come under pressure if all approvals come forward within the short to medium term. A concentrated release onto the private rental market has the potential to bring yields down, but many purchasers are buying on the basis of long-term prospects, economic stability and a track record of continued rental contract growth. “

According to Economics and Market Research Associate Director Paul Riga, Brisbane is showing similar trends in the growth of apartment approvals and construction rates.

“The demographic fundamentals are present, and like the Melbourne CBD, we are expecting the population growth to increase within the Inner Brisbane area as these developments settle. This population mass will drive further investment into the region, in the form of infrastructure, amenity and further residential development,” Mr Riga said.

Mr Dawson believes that we can’t ignore the fact there are a lot of approved apartment developments, reflecting a historical high in both Brisbane and Melbourne.

“This has been actively promoted in planning policy to maximise the use of existing infrastructure and to accommodate the growing demand for inner city apartment living,“ Mr Dawson said.

Analysts believe that the success of an apartment project will continue to be determined by quality, accessibility and the range of amenity on offer balanced against an attractive price point.

Economics and Market Research Director Malcolm Aikman suggests that a key point in being able to improve tracking the growth of high-rise apartments is to break down what exactly makes up the supply figures.

“The figures that are often plugged surround new dwelling applications and approvals. However, we know these are not all launched at once,” Mr Aikman said.

“We have put a fair bit of work into tracking these ‘pending’ developments to a point where we can estimate the number of apartments launching in over the next six to nine months. Understanding this difference is extremely important, and enables both the development community and the purchaser to fully grasp immediate (or likely) supply.”

“There are many markets within a market and developers will need to be smart in positioning their product in a competitive market, “said Mr Dawson. 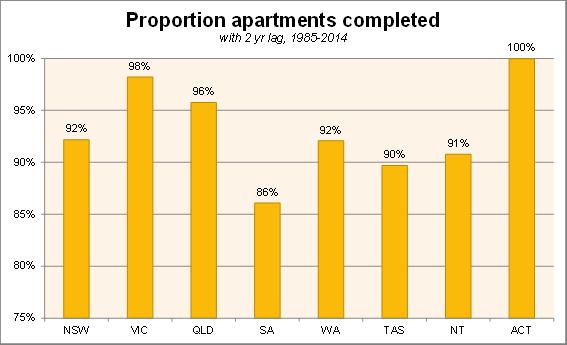 Fig 1. The proportion of apartments receiving approval that have been completed across all states has historically always been high. 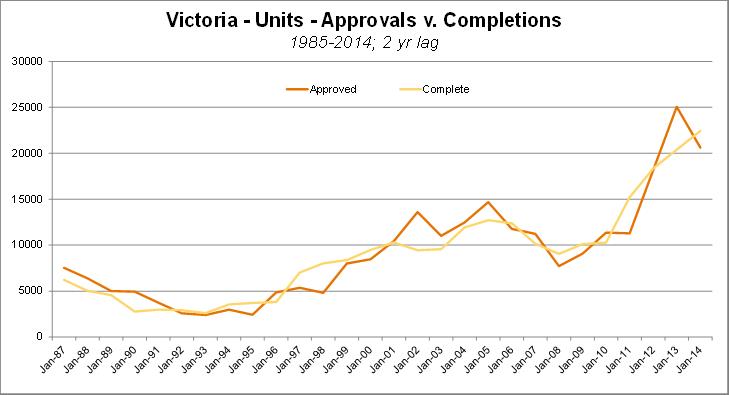 Fig 2. To date, apartment completions have kept pace with approvals. Continued monitoring is required to understand the dynamic balance of supply and demand. 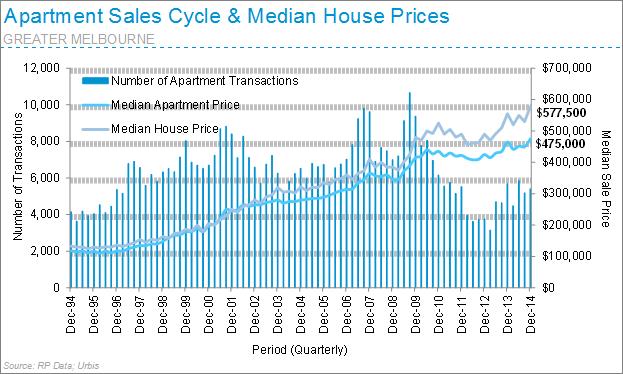 Fig 3. The median sale price of detached housing in Melbourne continues to outstrip apartment prices, which provides a more affordable alternative for owner-occupiers.