What’s in store for the property market globally, and how will these ripples affect the local scene? Urbis Director of International Property Economics, and Urban Land Institute Australia Chair, Peter Holland, shares his thoughts on the coming year.

Interestingly, the foreign interest is spread across the globe and while our residential markets tend to be dominated by Asian investors and developers for the office, retail and industrial sectors, the majority of foreign interest has tended to come from the Canadian, American and European funds.

It’s now almost seven and a half years since the collapse of Lehman Bros, Bank of America, AIG and others back in September 2008. This massive setback to the global financial system and the subsequent drastic measures that were required to be taken by many governments to help alleviate the problem, is commonly referred to as the ‘Great Financial Crisis’ or more simply, the GFC.

The severity of the GFC varied significantly between countries across the globe as did the impact on their respective property markets. In general, the USA and many European countries such as Greece, Italy and Spain were most affected whereas other countries such as in Asia, were less affected and in some cases relatively untouched. In simple terms, the GFC led to a reduction in the demand for virtually all types of property space due to the slowdown in economic activity. This in turn led to property rentals, prices and values all declining and with most planned projects involving construction, being cancelled or deferred.

In most property markets, the recovery post-GFC has been both painful and slow. Gradual progress however has been made and 2015 for many countries (particularly the USA, some European countries and Australia) was a very strong year for the property industry. Having said that, the results are patchy and certainly not uniform and there was a distinct slowdown in many sectors of the property market in some Asian markets including China, Hong Kong, Indonesia and Singapore.

2015 was a boom year for Australian property

For Australia, 2015 was one of the strongest years on record for the property market and this goes across virtually all sectors – even including retail, which has been the most sluggish sector over recent years. Property transaction volumes have been high, residential commencements and approvals have been at record levels and there has been a substantial renewed level of interest in undertaking new development across all of the property sectors. To illustrate this point, just have a look at the number of cranes on the city skylines of Sydney, Melbourne and Brisbane.

Improved underlying demand for space in the industrial/logistics sector as well as the residential and hotel/hospitality sectors has partly contributed to the impressive growth and performance of the market in 2015. This however, has certainly not been the case with the office and retail sectors where demand for new additional space has been relatively weak, although more recently has at least picked up in some of our major office markets.

Without doubt the main contributing factor to the strong growth and health of the Australian Property Market in 2015 has not been the growth in underlying demand for space by occupiers, but rather the demand from property investors, particularly from the major funds and institutions and with the majority of this investment coming from foreign investors and developers. Australia is reputedly ‘awash with available capital looking for a home in real estate’, but with insufficient available stock and opportunities. This has led to intense competition for existing properties and development sites and as a consequence, we have witnessed over the past few years a gradual compression of yields or capitalisation rates (from anywhere between 50 and 150 basis points) and this has resulted in some very strong growth in capital values.

Our major capital cities (particularly Sydney and Melbourne) are becoming increasingly international and the Australian property market is becoming increasingly popular with foreign investors and developers. Interestingly, the foreign interest is spread across the globe and while our residential markets tend to be dominated by Asian investors and developers for the office, retail and industrial sectors the majority of foreign interest has tended to come from the Canadian, American and European funds.

For many foreign funds there is a requirement or at least desire, to have a certain proportion and amount of their fund invested in property in Asia or in other cases, in the Asia Pacific Region. Many of the North American and European investors find investing in Asia difficult and challenging and the returns do not, in their view, reflect the degree of risk that accompanies the investment. Accordingly they find investing in Australian property far simpler, less risky, the returns more favourable, and there is a strong secondary market. They also like the stability of our political system; the certainty associated with our legal and planning framework; the fact that we have freehold title; our economic and population growth (particularly when compared with many other low growth countries) and for some, our favourable exchange rate when compared with two years ago. 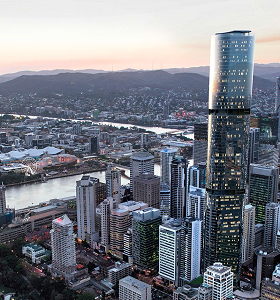 We expect 2016 will be a good year overall for the Australian Property Market and again much of the demand and growth will be driven by the foreign investors. These investors from Asia, North America and Europe are in our view, unlikely to reduce their appetite for Australian property at least over the coming year. Growth, however, will be slower than for 2015 particularly in the residential, industrial and office sectors with little if any, significant yield compression.

Our view is that more existing owners will recognise that the market might have topped out and as a result, more stock will come onto the market for purchase. Possible changes to negative gearing, as currently being considered by the Turnbull Government and the Opposition, will also have a slight negative impact on residential investment prices should such changes be implemented.

With the improved market conditions and with foreign competition making it increasingly difficult for the local Australian funds and developers to be successful in acquiring new property in Australia, we would expect more of them will take a closer look at-off shore opportunities to invest in, particularly in North America. This has already commenced with a number of the major local funds investing off-shore and is this is expected to continue over the following year.

Optimism key to facing challenges for the year ahead