Apartments to remain a key driver of Melbourne’s growth

Melbourne’s liveability, diverse economy and population growth have supported demand and ensure an ongoing requirement to provide new housing as part of a changing, growing city.

The Urbis Melbourne Apartment Essentials Q4 2015 report reveals that the weighted average price from surveyed projects in inner Melbourne for Q4 2015 was $700,000 having ranged from $690,000 to $730,000 over the course of the year, with new CBD product a big driver of sales in the quarter.

Even at a 6% premium, the higher prices recorded in the central precinct remain well below the $1 million average for new apartments in Inner Sydney, reinforcing Melbourne’s value proposition on the east coast.

The Urbis sales survey results serve as a reminder that there are a number of sub-markets operating in inner Melbourne, varied by location, target market and price.

Project surveys over the year recorded apartments from $310,000 to $4,800,000, demonstrating the spread of product type and purchaser profile in the market.

Project surveys over the year recorded apartments from $310,000 to $4,800,000, demonstrating the spread of product type and purchaser profile in the market.

With a selection of luxury developments preparing for launch, prices could well extend beyond this range in 2016.

While 10 projects had sold out at the close of Q3 2015, a near equal number of projects were launched for sales in Q4, totaling some 2,000 apartments that came to market as developers took advantage of the weather and the festive season.

Reflecting more broadly on future supply, we observed a spike in activity in the middle of 2015, with a high volume of development applications submitted, particularly within the Central precinct, prompted in large part by the timing of the Metropolitan Planning Levy.

By the end of the year in Q4, while the bulk of future supply continued to be concentrated in the Central precinct, there were early signs that uncertainty stemming from the interim controls had already started to apply the brakes to future development in the central city.

As at Q4, less than half of the central city development pipeline was approved, leaving some uncertainty over timing and ultimate volume of projects in application.

Looking ahead, the latest amendment C270 raises the prospect of further moderating future supply numbers in the Central Precinct.

In the interim, Urbis is currently monitoring 11 new projects in inner Melbourne anticipated to launch early in 2016 and could bring some 3,000 new apartments to the market. A number of these will be surveyed in our Q1 2016 report which will serve as a continued barometer of purchaser demand and development opportunity in our changing city. 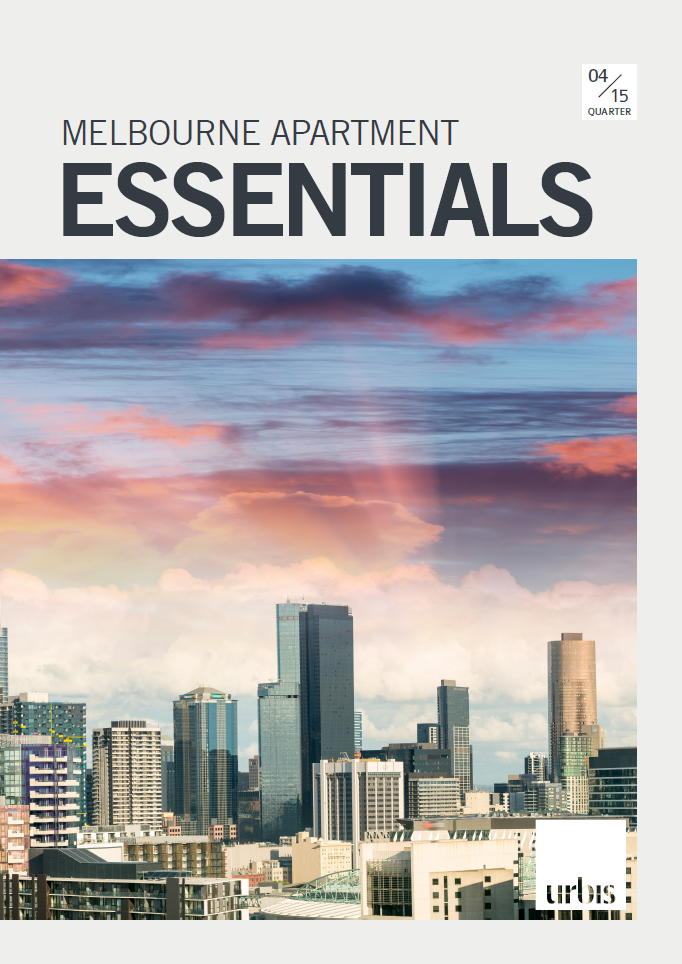