The changing face of the legal profession

The Law Society of New South Wales commissioned Urbis to undertake the 2014 Law Society National Profile on behalf of its interstate counterparts.

The report, led by Director Alison Wallace, was based on figures for the nation’s law societies, and revealed that Australia currently has 66,211 practising solicitors — an increase of 12 per cent since the last national study in 2011.

The study, which is based on the state of the profession last October, also shows that women account for 48.5 per cent of solicitors and are already in the majority for solicitors under the age of 40. It also indicates that much of the rapid growth in numbers has been due to large numbers of women joining the profession. Nationally, the number of female solicitors has grown by 19.3 per cent versus 5.4 per cent for men.

For the first time ever, statistics on the number of solicitors of Aboriginal and Torres Strait Islander (ATSI) status across Australia have been included in the report.

The 2014 report shows that there are 559 ATSI solicitors in Australia, less than one percent (0.8%) of the legal profession.

The strongest growth has been in Western Australia, where the number of solicitors rose by 40 per cent to 5,666.

The confirmation of strong employment growth follows concern within the profession about the impact of an apparent oversupply of law graduates in a weak job market.

Nationally, 16 per cent of all solicitors are now employed in the corporate sector but in New South Wales and Victoria, where corporate lawyers are concentrated, they account for 19 per cent and 17 per cent respectively of this branch of the profession. 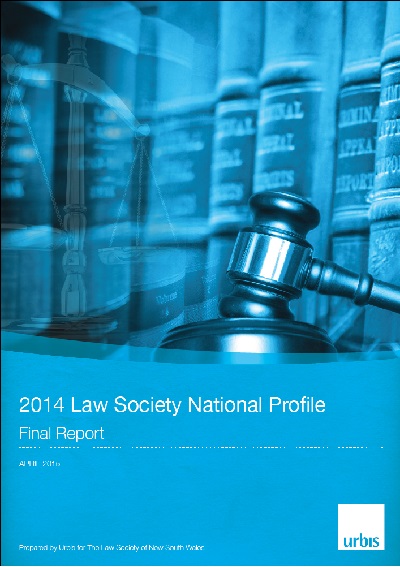